Clayton grew up in South Africa and was ranked top 15 in South Africa as a junior. He was the number 1 ranked junior player in his state. He played division 1 tennis at the University of Troy, while studying business management. Clayton currently holds a USTA rating of 5.0 and plays actively in USTA leagues.

As a traveling coach, Clayton went to the US Open with a top 50 ranked player in the world – Alexander Wozniak. He trained in high performance coaching and coached the National Chinese Junior Team in 2008. He then worked in Connecticut for 3 years at some of the most prestigious clubs in America teaching all levels of players. Clayton has served as Director of Tennis/Head Tennis Professional for 10 years and  has helped develop and grow the Junior and Adult Tennis programs. He has been USPTA Elite Professional
USPTR Adult Development
and PPR Pickleball Certified. Clayton is married to Ashleigh from Greenville, SC.

Michael LeVan comes to Sherwood Swim & Racquet Club with a diverse career of over eighteen years of teaching experience in the tennis arena with players of all ages and skill levels. He has worked with top nationally and internationally ranked juniors and professional players on the ITF, WTA and ATP tours at prestigious programs such as the John Newcombe Tennis Academy and Saddlebrook Tennis Academy. He has been Director of Junior Tennis for several clubs in the St. Louis area working with adults and juniors of all skill levels. He graduated from Principia College in 2006, and during his collegiate career, he was a 3-time Captain, 3-time #1 Singles Conference Champion and 3-time Player of the Year in the St. Louis Intercollegiate Athletic Conference (SLIAC). Eventually attaining a ranking of #8 in the Central Region and #35 Nationally in 2006, Michael was awarded Principia College’s Howard L. Mitchell award for Outstanding Senior Athlete. Last year he was inducted into the SLIAC Hall of Fame, one of only two tennis players in SLIAC history. Michael currently holds a 5.0 USTA rating. Michael’s passion is coaching junior and adult players of all abilities and focusing on professional fundamentals and technique. He enjoys seeing his students reaching their highest potential and breaking self-imposed limitations.

Patricio grew up in Ecuador and played college tennis, seeded number 2 on his team.  While in college he studied psychology and education.  As a tennis professional, Patricio has worked at many prestigious clubs including East Hampton Indoor Tennis Club and Cuenca Tennis & Golf Club.  When Patricio moved to Greensboro, NC in 2011 he began working with Greensboro Tennis Program.  As a coach, Patricio specializes in junior training and QuickStart programs.  He also has experience growing and developing adult programming of all levels, beginner to advanced. Patricio has been with us for over three and has helped us grow and develop the adult and 10 under junior programs. 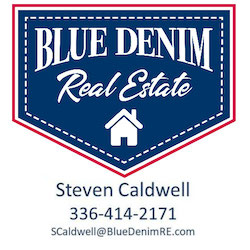